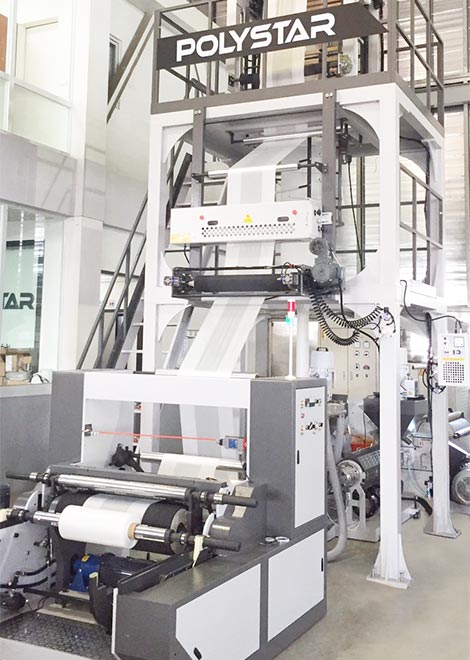 In some markets such as Turkey, Thailand and Vietnam where T-shirt bag production has become extremely competitive, film producers are now replacing their existing mono layer extruders with ABA 3 layer co extrusion blown film machines, mainly to save production cost. One of the biggest T-shirt bag producers in Vietnam has already replaced half of its mono layer extruders with ABA machines in the past 3 years to stay competitive in the local market.

The A-B-A blown film machine consists of two extruders, normally of two different sizes. The most common ones today are the combination of a 45mm screw diameter together with a 55mm for T-shirt bag production. For garbage bags, normally a 55mm screw diameter with a bigger 65mm is used. In the A-A outer layer, normally 20% of CaCO3 is used, with some additional of color masterbatch, LLDPE and a larger percentage of HDPE. The B layer can be used with larger percentage of CaCO3 with HDPE raw material. In-house recycled pellets can also be used to the mixture. 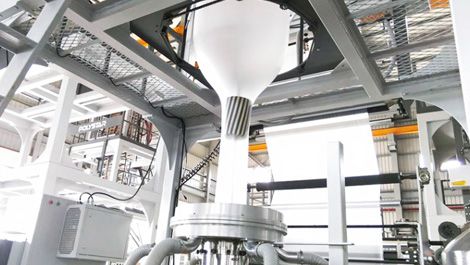 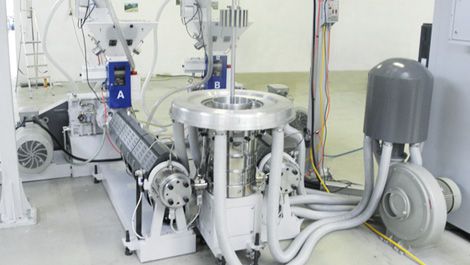 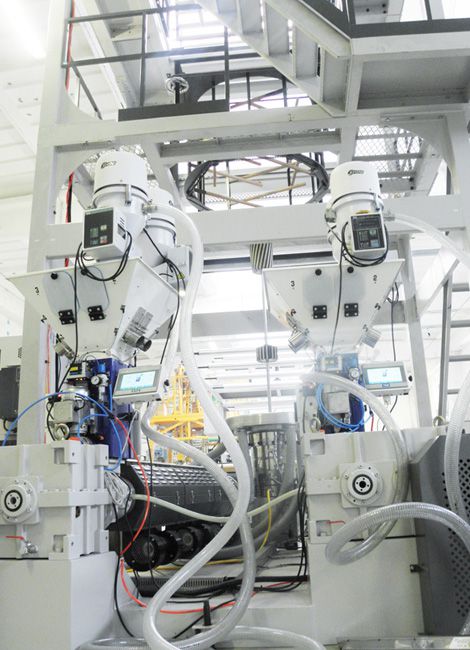 Polystar has recently installed 22 sets of mono layer blown film machines in Yangon, Myanmar in a newly-established film production factory. The production line was purchased by one of the largest Japanese investment groups, who aims to produce films locally in Myanmar, and later exports the packaging film products back to Japan. Its main products include flat bags, T-shirt and garbage bags. However, Polystar believes that this type of set up is only likely in a country where labor cost is still relatively low. In markets where labor cost is higher and more competition exists, producers must find a way to lower their production cost in order to increase profit margin. 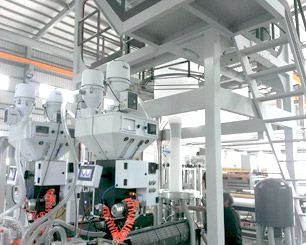 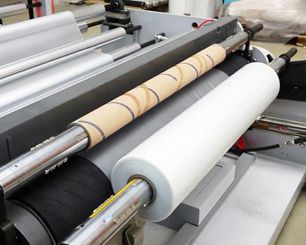 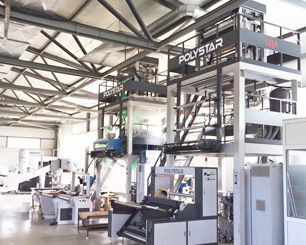