As a manufacturer of plastic extrusion machines for the global market, today over 4,000 POLYSTAR blown film extrusion machines and plastic recycling machines are operating in over 110 countries around the World. The company has gained its customers’ trust not only for simple design, easy to operate machines; but also strong after sales services and know-how in the industry.

This gives POLYSTAR the leverage to cooperate even more closely with its clients and understand their requirement better as their blown film extruder supplier. From regular customer feedback and information on new market trends, POLYSTAR is able to re-engineer its machines to be more stable, efficient, and productive to remain competitive in the market.

For film producers, POLYSTAR has often offered a package of A-B-A blown film extrusion machines with its plastic recycling machine, giving its clients the advantage to produce cost effective 3-layer film with 75% Caco3 or recycled materials in the center layer.

What are the advantages of ABA Blown Film Extrusion Machines?

The main advantage of the ABA blown film extrusion machine is that it can use up to 75% recycled material with CaCo3 (Calcium Carbonate) in the middle layer. This significantly reduces the cost of raw material while maintaining the film quality at a high level.

Other advantages of the ABA 3 layer blown film extrusion machine are:

Due to the lack of brand name and visibility, its sales network was limited, exporting mainly to Europe. The situation has, however, changed radically since 2010 when POLYSTAR converted itself into a brand that manufactures blown film extrusion lines.

POLYSTAR produces a wide range of blown film extrusion machines and related components for all types of customer requirements. You can contact POLYSTAR to have more info and quotation about its blown film extruders and their components. 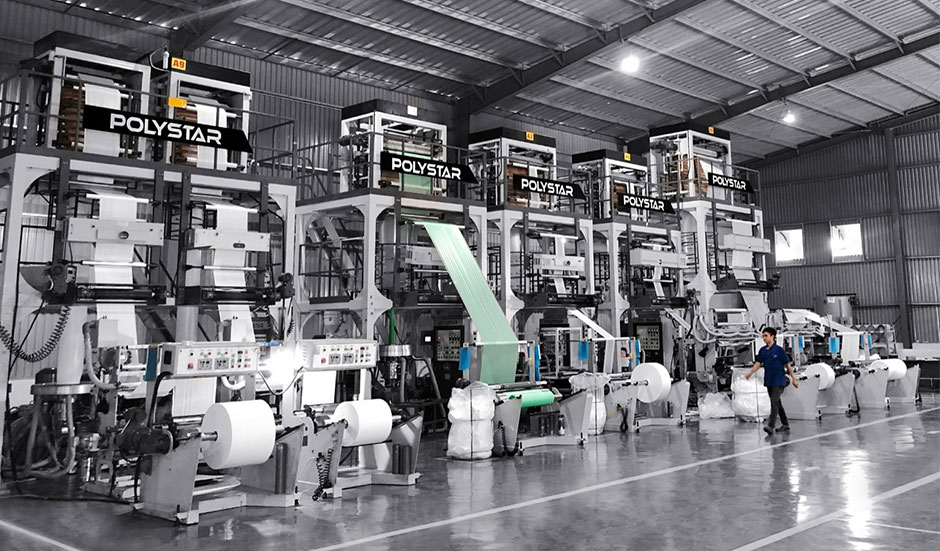 Timely Service is the Key for After Sales Services

“Our emphasis on after-sales services has been the key to our success.” said Wallace Lin, GM and founder of POLYSTAR.

“The growth is mutual, as our customers' businesses continue to expand, it also helps us in return. Constant feedback and comments from our customers help us to improve our machines. As one of the top blown film extrusion manufacturers in Taiwan, we have to continue to improve our technology to solve customers’ problems and stay competitive in the market today.

Besides, the local agents web of the company is also developed worldwide. This is beneficial for the customers to receive even quick response. As well as, they can also assist for showing a running POLYSTAR machines in a customer’s factory in the local market of the buyers.

POLYSTAR provides high quality equipment at reasonable prices for companies of all sizes in the packaging industry. Over the past years, POLYSTAR justifiably proud to grow its sales year over year, and has successfully transformed itself into a brand name of blown film extrusion manufacturing. 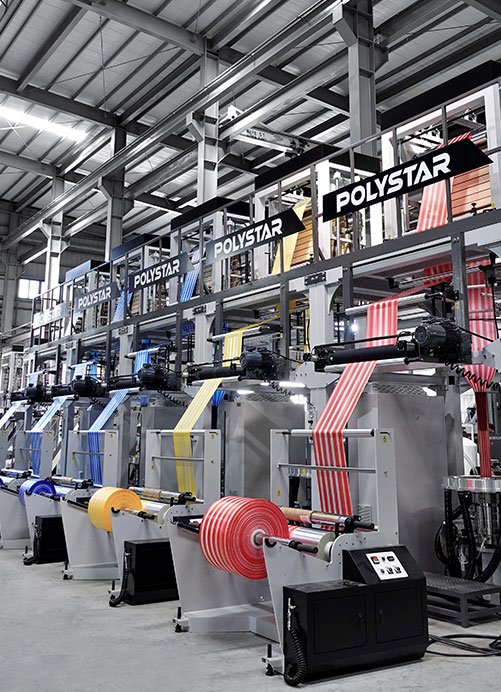 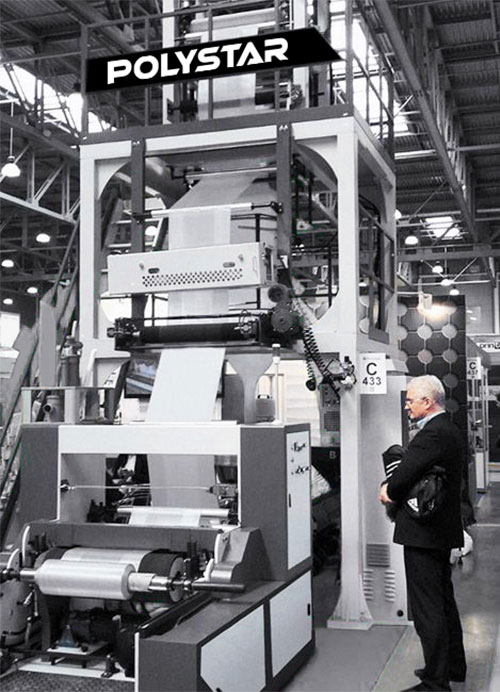 As an experienced blown film extruder and plastic recycling machine manufacturer, POLYSTAR has exhibited in many major plastics exhibitions in the world.

Those are included K show in Germany, The Plastics Recycling World Expo in US, CHINAPLAS, Taipei Plas, Plastimagen in Mexico, Plast Eurasia in Turkey, and many.

Visit our exhibition page and meet POLYSTAR at the exhibition in your local market.