3 Benefits of Using a Gravimetric Dosing Device for Monolayer Extrusion

Lately, more monolayer film producers have begun to add gravimetric dosing devices to their blown film machine lines, getting an advantage over their competitors by allowing them to lower their costs.

Gravimetric dosing and mixing devices (or batch blenders) are optional devices added to the feeding unit of blown film machines. These have a hopper form and can accommodate different material components which can be blended together and measured by weight.

These devices can be highly beneficial for monolayer extrusion. And although they are usually a standard buy for multilayer extrusion, in this blog we will explain how monolayer film producers can benefit from adding this device to their blown film machines.

Adding a gravimetric dosing device can help producers decrease the amount of masterbatch used in production. Given that masterbatch represents a high-cost percentage for film producers, investing in this device can be highly beneficial. With an inefficient blender or without one, most producers have to add additional masterbatch because the amount used doesn’t get the right results.

This device has a unique mixing screw design, which avoids masterbatch (which is heavier) from staying at the bottom of the mixer by blending it uniformly with the pellets, helping get an even mix and avoiding using extra masterbatch.

( Film producers can increase their profit by adding a gravimetric dosing device to their POLYSTAR blown film machines. )

Most plastic film producers need the final product to be within a required range, for example, the thickness must be between 20-30 microns. With improper mixing, the granules enter the extruder at a more inconsistent rate, making the film uneven, so producers often have to aim for the highest end of the range to avoid problems with their buyers.

With a gravimetric dosing device with extrusion control, producers can ensure the output has a consistent thickness. This can help producers aim for the lower end of the range required, reducing material costs while still providing an end product that meets the standard.

Since the gravimetric device helps material enter the extruder in a more uniform way, it can reduce the material amount needed for production by up to 30% in monolayer extrusion and even help give the film more resistance. 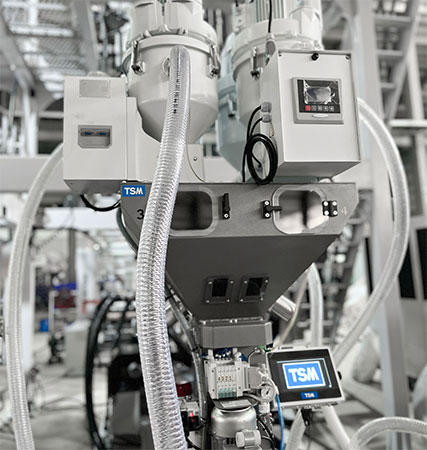 The device is controlled through an electronic system where you input the exact percentages of each material you want to blend. This helps get an output with the precise color, additive, and material percentage for the specifications required. In countries where there are exact recycled material requirements, the device can facilitate obtaining products with precise percentages.

Gravimetric dosing devices can be helpful for producers trying to boost their production, but a reliable extruder is a must in order to produce a high-quality plastic film. In fact, there is a strategic partnership between the industry leaders in blown film machine manufacturing and gravimetric dosing devices, POLYSTAR and TSM, in which POLYSTAR ensures there are sufficient TSM gravimetric devices in stock at their facility for immediate delivery; allowing customers the flexibility to add the device at the time of machine shipment if there is any sudden change of mind. 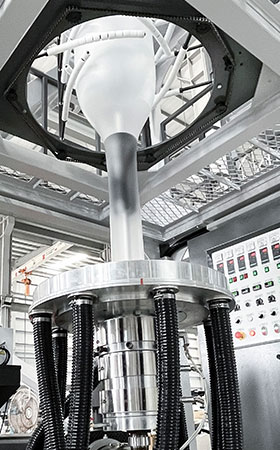 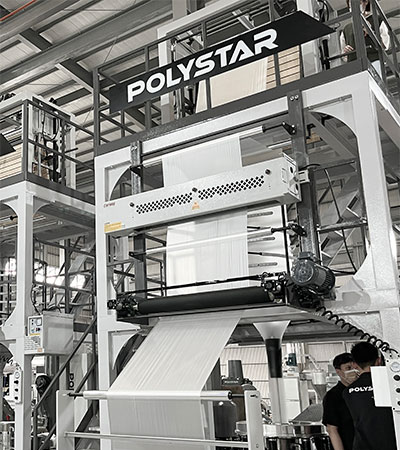 ( Ecuador-based film producer is able to boost the production of his POLYSTAR Star-X, monolayer blown film machine and have better control of its output thanks to the gravimetric dosing device. )

All POLYSTAR machines are simple to operate and maintain, with a design specially tailored to fit the producers' needs, it makes production easy even for operators without experience.

Renee is helping plastic producers find simple solutions to their problems. She is interested in topics like circular economy and the latest recycling trends.

You can find Renee on LinkedIn.