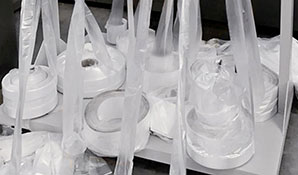 2020-12-08
Air-cooling pelletizer increases reusability % back to bag production
The air-cooled pelletizing recycling machine Repro-Air has proven to be a big cost-saver for two of the largest bag producers located in Solo, Indonesia – Cahaya Kharisma and Djerapah Plastindo. According to the well-known HD and LDPE bag producers, the air-pelletizing technology is even better than water-cooled recycling machines for some applications.
Learn More > 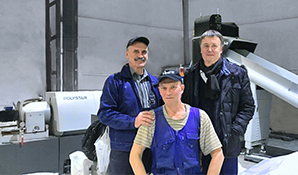 2018-04-07
Russia - Long term partnership.
Producer with 63 POLYSTAR machines
“Whenever we are expanding and in need of new machines, POLYSTAR is always the first company that comes to our mind.”
Learn More > 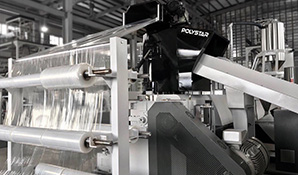 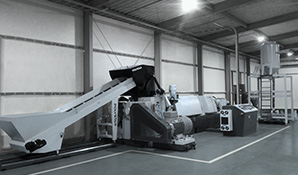 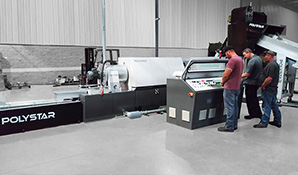 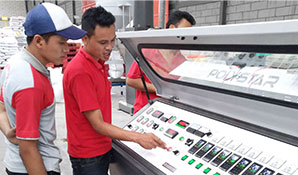 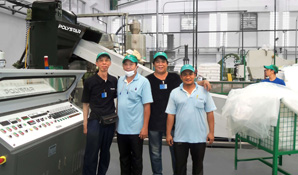 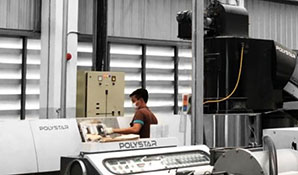 2017-01-22
Vietnam - PE bag producer maximizes in-house recycling efficiency
Since the installation of the POLYSTAR HNT-120V in Hanoi last September, the 400-500 kg/hr recycling machine has never stopped working for the Hanoi-based film producer who manufactures a wide range of products including HDPE, LDPE/LLDPE, OPP, CPP, BOPP bags as well as stretch film and metallized film. The machine has been running 24/7 non-stop except for routine maintenance once every two weeks.
Learn More > 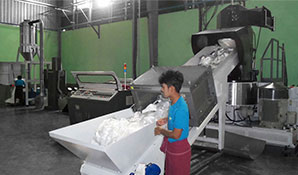 2016-12-16
Myanmar - Setting new standards for in-house reprocessing
According to PCI Films, Myanmar features great opportunities for the flexible packaging industry. The country is predicted to have an accelerating rate of growth of 22% per year with respect to its soft packaging consumption.
Learn More > 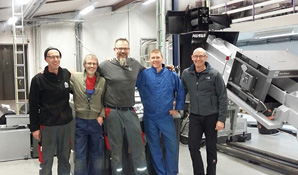 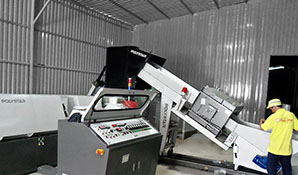 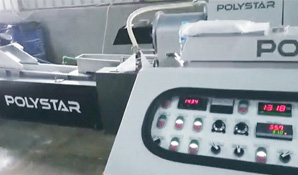