The film supplier, with monthly production capacity of 3,000 tons, is said to be the first Taiwanese company to bring in a five layer casting extruder from Germany and is now equipped with several multi-layer cast film and printing machines from Europe.

In 2016, the film producer has opted for the Polystar recycling line to process its in-house waste generated from the extrusion lines. In fact, it was the first equipment that this company has ever purchased from an Asian manufacturer.

The Polystar recycling machine is now running 24 hours a day and 7 days a week in the factory of the ISO 9002 certified film producer, with an average production of 250-300kg/h.

Despite the difference and variation in film width, thickness, layer structure (mono, three and five layers), the machine can handle all these film scraps of different compositions with consistency and produce high quality and uniform-sized pellets, which are then put immediately back into the cast and stretch film lines.

"The built quality of the Polystar recycling machine as well as the product (recycled pellets) quality meet our high standards," commented the Production Manager of the film manufacturer during a visit from Polystar to check up on the user experience after several months of operating the machine. "The level of automation and intelligent control is up there and the operation is so simple."

The design of Polystar recycling machine is also very compact and takes up very little space. "This was important for us because we had space limitation and we needed a machine that could fit right next to our stretch film line," he added. 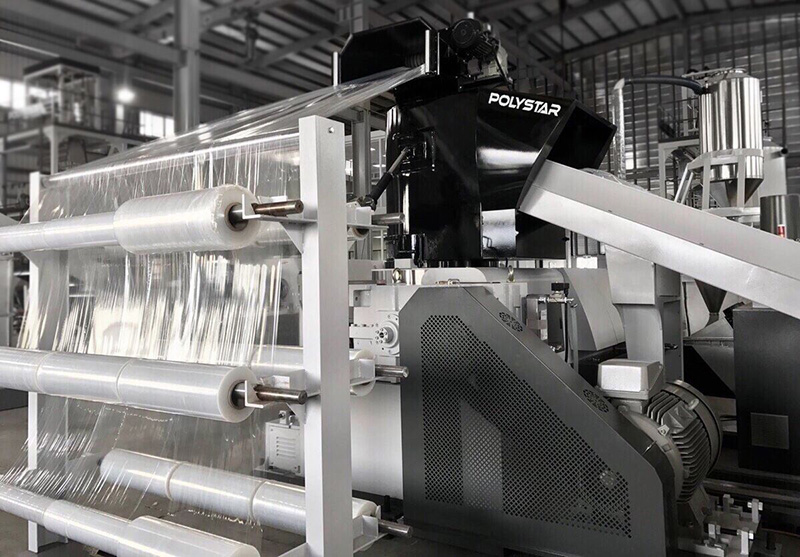 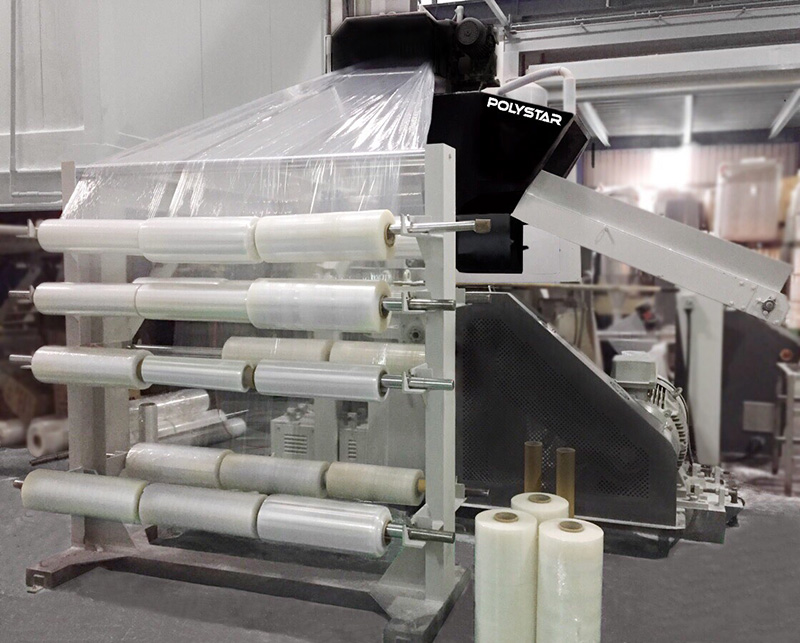