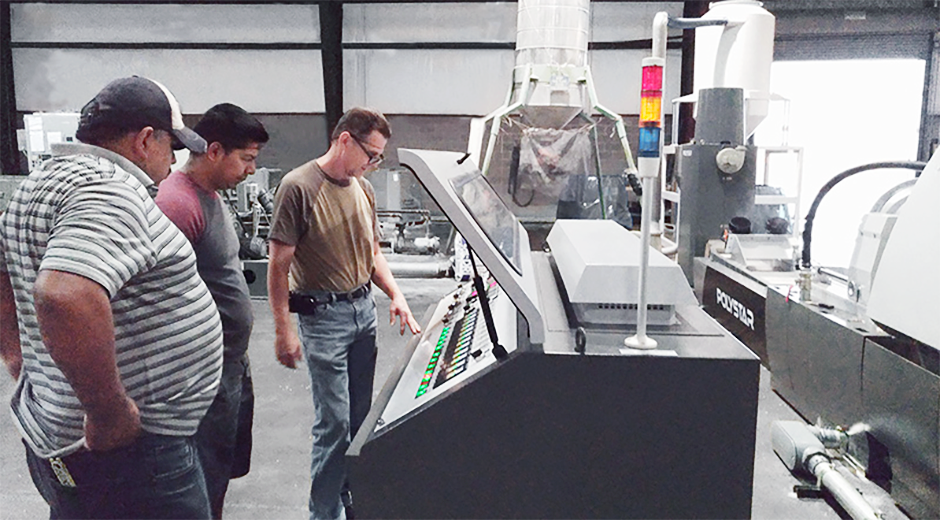 The 30-year-old US-based packaging film producer has added a POLYSTAR reclaim line HNT-120V (with capacity of 1,100 pounds/hour) to process its HDPE and LDPE film waste generated from its in-house production.


The Tennessee-based film producer has been in the plastic business for over 30 years and has been one of the leaders in the industry for value-added film and flexible packaging products in the food, medical, home and industrial markets. The products include co-extruded bags, laminated film, wrapping film, printed plastic bag and film.

The post-industrial film waste of different sizes, thickness, layers are is now converted into high quality, transparent recycle pellets in the POLYSTAR reclaim line and then used immediately back into the producer’s blown film and cast film production lines.


The owner of the Tennessee-based film producer first saw a POLYSTAR recycling machine in NPE exhibition in 2015. After a visit to POLYSTAR’s facility in Taiwan in 2016, he was fully convinced to go ahead with the purchasing of the POLYSTAR HNT-120V immediately after seeing a trial run of both HDPE and LDPE printed material. “We wanted something that is simple to use and gets the job done. And we found exactly what we were looking for.”