According to PCI Films, Myanmar features great opportunities for the flexible packaging industry. The country is predicted to have an accelerating rate of growth of 22% per year with respect to its soft packaging consumption.

In January 2017, POLYSTAR has finished installing its 38th machine in the country, amongst them there are two plastic recycling lines and thirty-six blown film extrusion lines.

The new installation of a POLYSTAR model HNT-85V plastic recycling machine in Mandalay (Myanmar’s second-largest city) marks a new milestone for its presence in the country, and more significantly; it shows that there are now more plastic producers in Myanmar willing to step up and invest in high quality recycling.

The HDPE and LDPE film producer makes great advancement in recycling efficiency along with its new factory expansion and is now one of the first pioneers to invest in an advanced in-house plastic recycling system, setting a new standard for plastic bag makers in the country. The new POLYSTAR (now requires only one operator) has replaced all 6 locally-made recycling machines that the factory previously had. The POLYSTAR line utilizes only 0.31kw for per kg LDPE production.

“The POLYSTAR machine completely changes how recycling works in our company," said Mr. Yin, production manager of the Mandalay-based bag producer. “It not only saves power, labor and space, but also improves the quality of recycled pellets which allow us to produce better quality film in our blowing film machines.”

By working more efficiently with in-house recycling, the company can now save around 25~30% usage of raw material. The producer believes that by this rate the investment will return in 1.5 year.

Although this has only been the second HNT-V recycling line that POLYSTAR has installed in Myanmar, it is likely that many of the film producers will follow the same trend as the market develops and requires higher-end in-house processing.

PCI’s report, "Opportunities in Emerging Flexible Packaging Markets to 2019” included Myanmar as one of the most important emerging markets along with Poland, Russia, Turkey, Argentina, Brazil, Chile, Colombia, India, Indonesia, Thailand and Vietnam which account for over 20% for global flexible packaging demand. 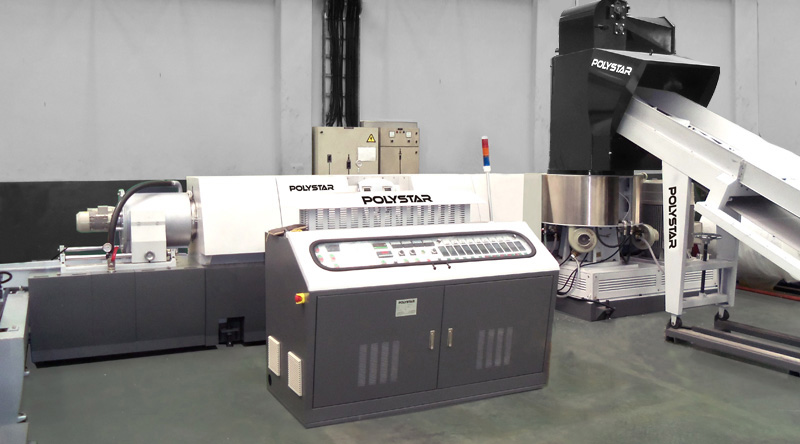