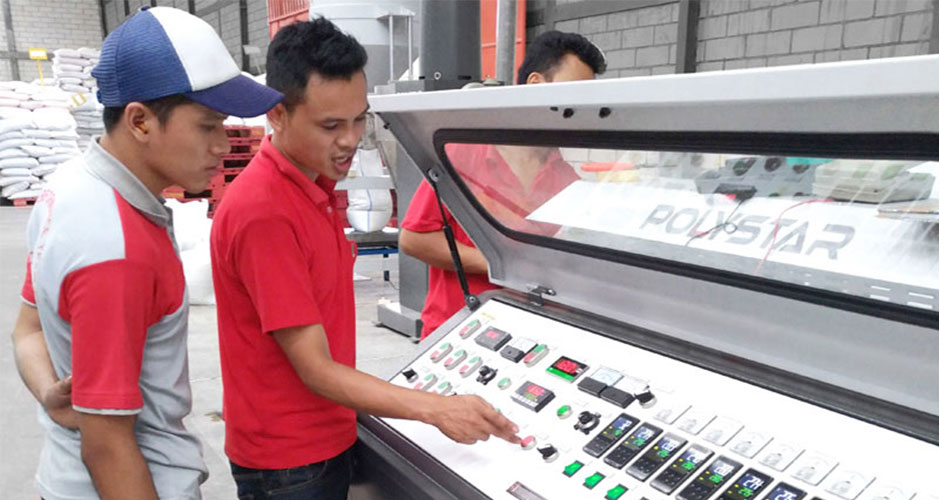 In Indonesia (Solo, Magelang and Jakarta), POLYSTAR has been working very closely with the leading PE and PP bag producers for their in-house recycling requirements. In total of 7 POLYSTAR plastic recycling lines have been installed in three of the largest HDPE and PP film/bag manufacturers in Indonesia. The top three bag producers who sell most of their products to the domestic market, combine for a monthly production of over 8,500 tonnes. The seven POLYSTAR machines are now processing nearly 1,000 tonnes of post-industrial waste per month.

“We fell in love with the compact design of the POLYSTAR line at first sight. The machine looked robust and the design is simple and user-friendly,” said Mr. Hendrix, production manager of Solo’s largest HDPE film producer. "High and stable output, superior pellets quality is the reason why we've continued to work with POLYSTAR,” he said. The company has purchased it’s second POLYSTAR in 2016 after having worked with the first one since 2014.

The POLYSTAR plastic pelletizers are extremely easy to operate, which is ideal for our workers to process all the in-house waste,” said Mr. Pandhika, manager of the renowned T-shirt and garbage bag maker located in Jakarta. “The output of the machines is incredibly high and stable and we’ve already been running the machines for years." The company is now equipped with 2 sets of POLYSTAR HNT-120V plastic pelletizer. Known for it’s premium quality of plastic bag products in the market, the Indonesia-based producer has been using high quality recycled pellets processed by POLYSTAR machines back into film extrusion lines, and continues to produce one of the best quality film in Jakarta. 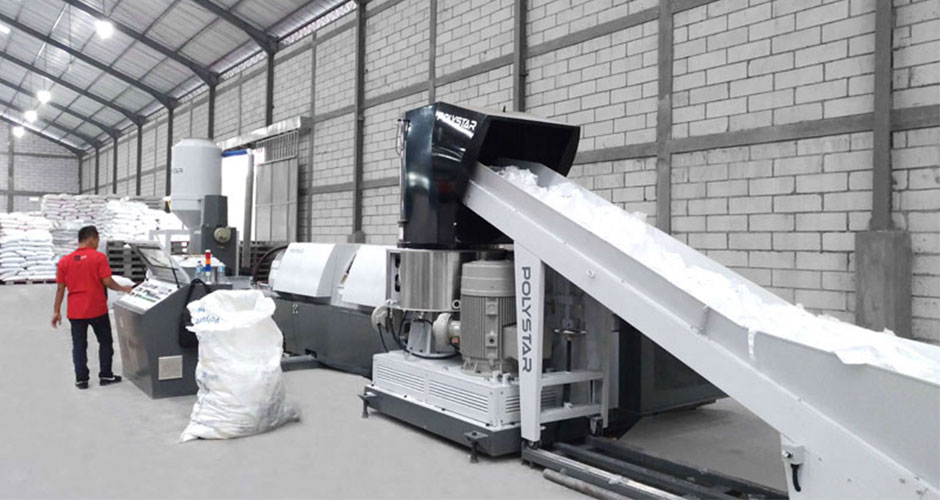 Sharing his decision making process on the first machine back in 2012, Mr. Pandhika had considered several European and Taiwanese recycling machine suppliers before upgrading two of his existing recycling machines to reprocess his post-industrial waste as well as some of the industrial waste collected from outside. After having visited all of the machine suppliers’ factories and seeing some of the trial runs, the decision was easy to make. “Myself, my managing director and my factory manager decided right away that the obvious choice was POLYSTAR” explained Mr. Pandhika, who has been running the plastic business for 20 years working with many different types of machines including recycling lines. “The machine’s compact design, finishing and details was really impressive.”

The second POLYSTAR was installed in 2013 as business continues to expand for the Jakarta-based plastic bag producer. “After we’ve installed the first machine for less than two months, we already felt 100% confident to add the second POLYSTAR knowing that we’ve made the right decision on the first one. “The advantage is clear,” he added, “besides a significantly higher output, the pellets quality is much better in terms of shape, color and reusability as there is less material degradation and the quality is close to that of virgin raw material. The plastic film (extruded by blown film machines) that we produce from the recycled pellets have a better strength when comparing to pellets coming from other recycling machines processing the exact same material.” 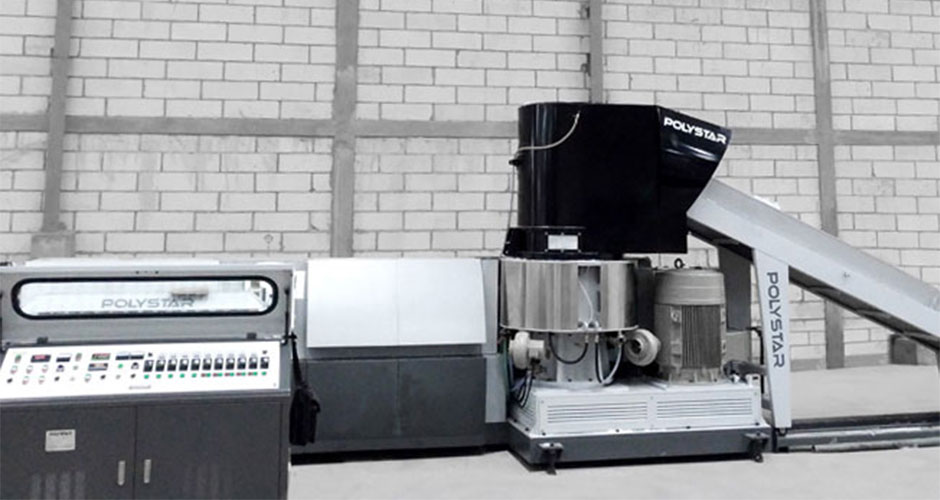