Iran – ABA co-extrusion a new trend for bag makers
Back

2016-06-11
In June, the film producer located in Mashhad, Iran has added the 4th POLYSTAR line for the production of garbage and T-shirt bags.

Numerous film and bag producers have acquired the ABA blown film technology in recent years as a replacement of monolayer machines for bag production, largely because a high percentage (up to 50~70%) of CaCO3 compounds can be used in the B (middle) layer of the film, while the inner and outer (A-A) layers can be filled with virgin material to maintain good quality of the film surface. This significantly cuts down the usage of virgin raw material and thus reduces production cost.

The popular usage of ABA 3 layer machine for T-shirt and general packaging bag production has first started in Turkey in 2005, and has seen significant growth in the neighboring Russian market (in which POLYSTAR now holds over 50% of the market share for ABA) since 2011 and now in Iran as well in this region. POLYSTAR will install 3 more ABA machines in Iran this August along with other projects under production. As the cost of raw material fluctuates frequently, the ABA machines add great advantage and flexibility (comparing to mono layer, single extruders) for the bag producers – with the option of using high % CaCO3 compounds or recycled material in the middle layer.

In markets where the price of HDPE raw material has increased significantly, ABA provides a great advantage in terms of lowering production cost and increasing product quality and competiveness, especially for 15 ~ 30 micron in HDPE. Virgin material is applied mainly on the A-A (inner and outer) layers, which are relatively a very small percentage of the film composition with the ratio of approximate 1:6:1 (inner: middle: outer)

Besides a standard and economic, simple ABA model, POLYSTAR also offers more advanced optional upgrades such as precise gravimetric dosing system, extrusion control and fully automatic cutting and winding to enhance the performance and quality of the film production.


The ABA blown film extruders consists of two extruders to produce 3-layer film.
The most common ones today are the combination of a 45mm extruder together with a 55mm to produce 500~1000mm film width, and a 55/65mm extruder combination to produce 1100 up to 1400mm film in width, particularly for the production of T-shirt bag and garbage bags. The B (middle) layer, which makes up about 60~75% of the film composition, usually consists of 60~70% CaCO3 compounds. Recycled pellets (from in-house waste) can also be added to the blend. The re-designed screw helps to achieve maximum efficiency during the film production process. A better extrusion mixing is able to produce outstanding film quality, even when working with 40~70% CaCO3 and recycled material in the mixture.


A main focus for POLYSTAR: ABA 3 Layer
POLYSTAR has put a major emphasis on the re-designing and manufacturing of ABA blown film extruders in recent years. As of June 2016, 135 sets of POLYSTAR ABA type blown film extruders have been installed worldwide, particularly in countries where monolayer film production has become competitive. POLYSTAR provides high customization on the ABA machines depending on customer’s requirement, space and budget concerns.


The main advantages of the ABA line are:

The main usage and applications of the ABA machines are: 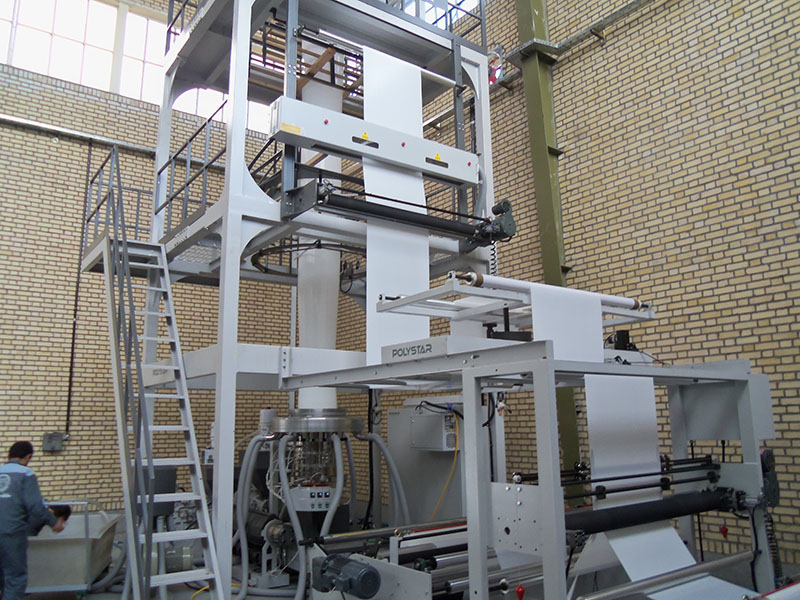 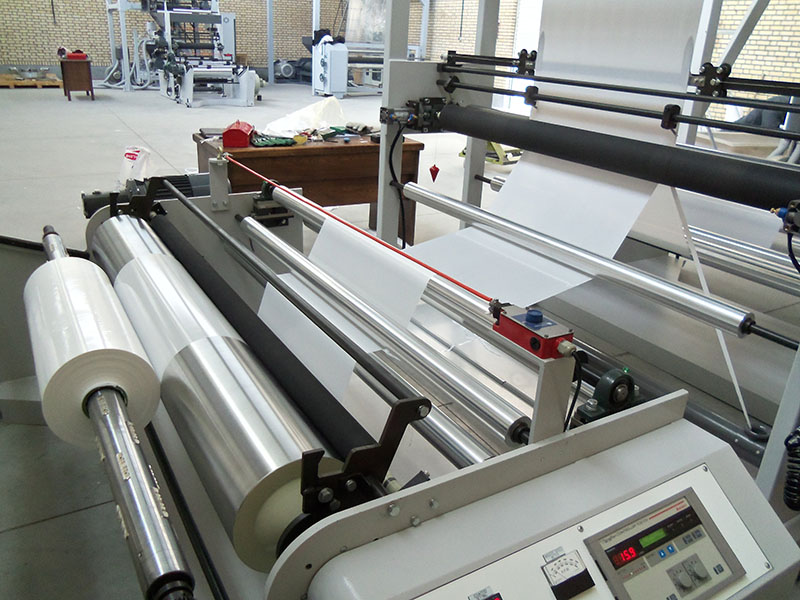 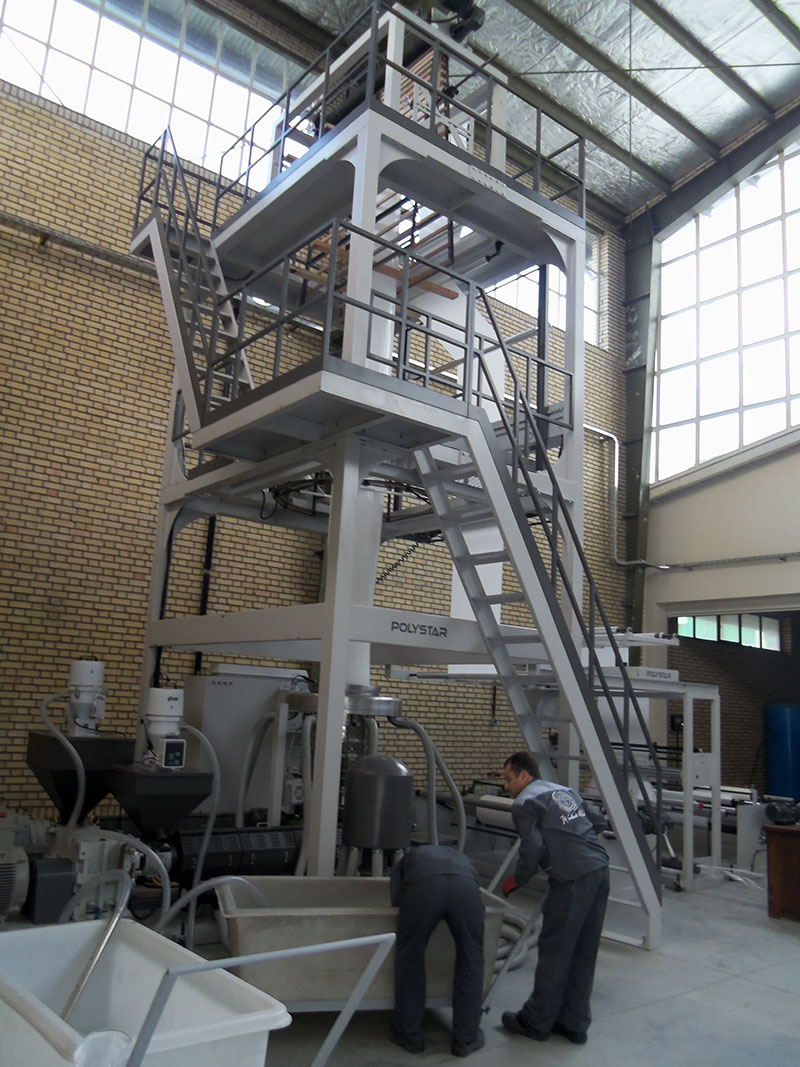 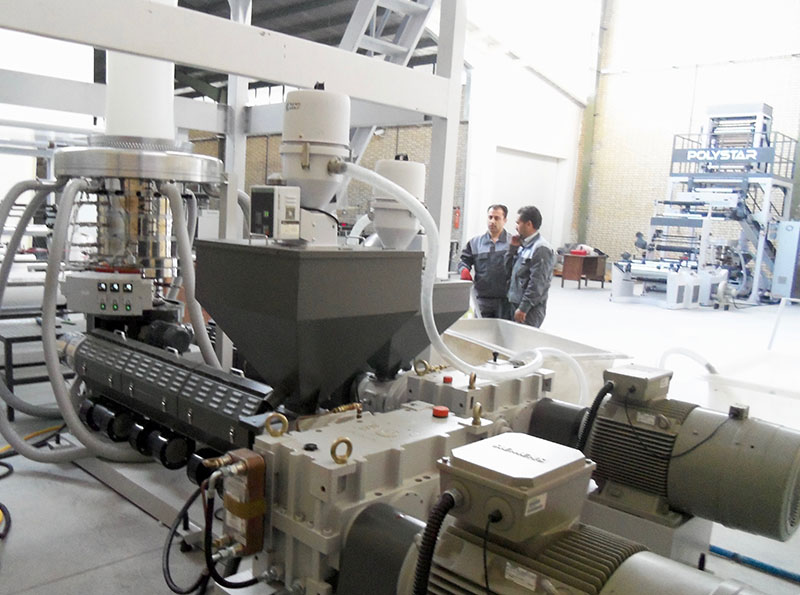