2014-09-15
In September, Polystar installed multiple sets of its double head blown film machine in Jalisco, Mexico for the leading T-shirt bag makers in the area. Jalisco is an important area for T-shirt bag making in Mexico and makes up a large percentage of the T-shirt bag production in Mexico, estimated to be around 80% of the entire production.

Normally when producing film rolls suitable for T-shirt bag conversion which ranges from 300~700mm in width, it is difficult to achieve higher output by using a bigger extruder for such small film width unless an IBC (internal bubble cooling) is used.

Comparing to extruders with a single die head, the double die extruders can achieve higher production capacity when producing film roll that are small in width, as the high extrusion output is dispersed into two separate channels of the die heads instead of one.

Polystar designs and customizes this type of double head blown film machine with different screw diameter and roller width depending on the customers’ requirement. Available in screw diameter of 55mm, 60mm, 65mm and 75mm and film width from 400mm up to 1000mm on each winder. The double head blown film machine also allows producers to switch between HDPE and LDPE production as well as producing different film width on the same machine on each winder simultaneously. 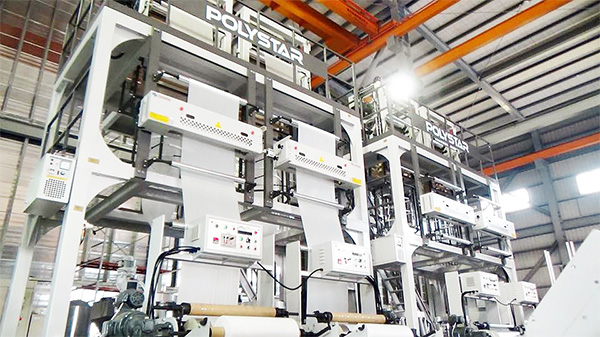 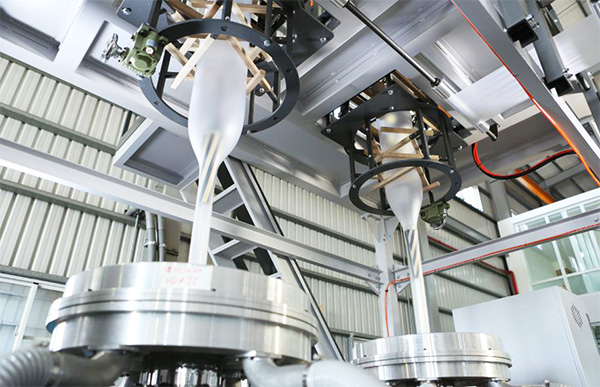 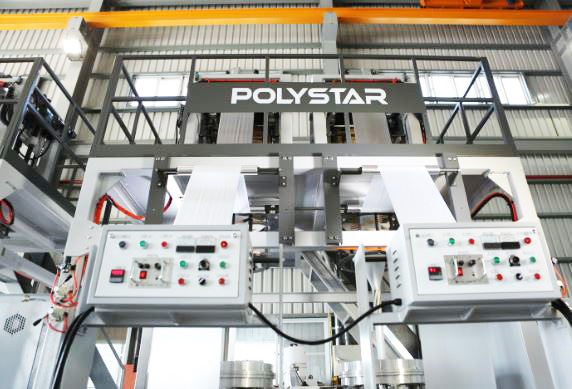 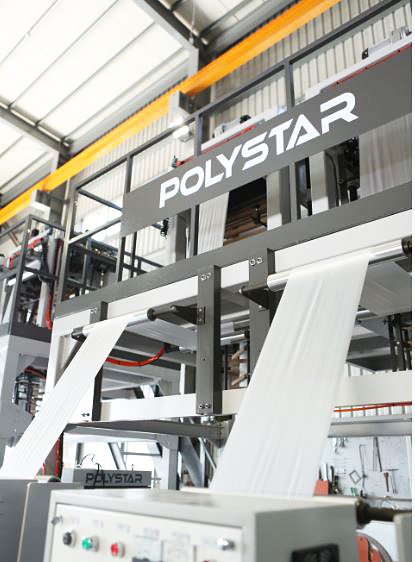 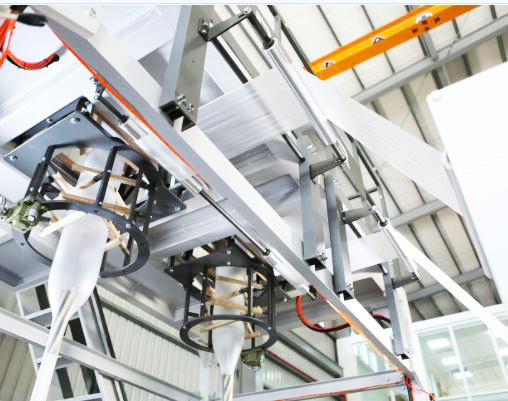 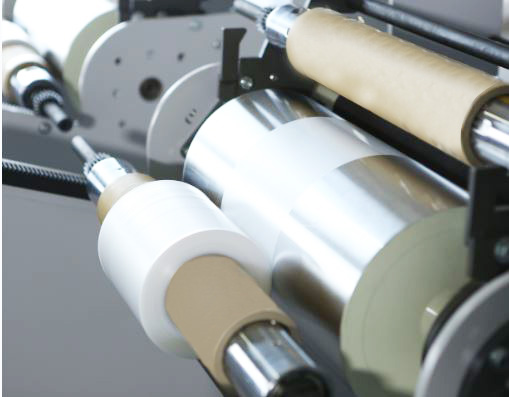