The two die head blown film machine is installed mainly for producing 500mm HDPE film rolls. As a film producer with decades of experience, the company has built up a strong supply chain to supply perforated grocery bags and T-shirt bags to most of the grocery shops and supermarkets in Sri Lanka. In the end of year 2014, another new plant is opened to produce the T-shirt bags for international market such as Bangladesh, Australia, and New Zealand. 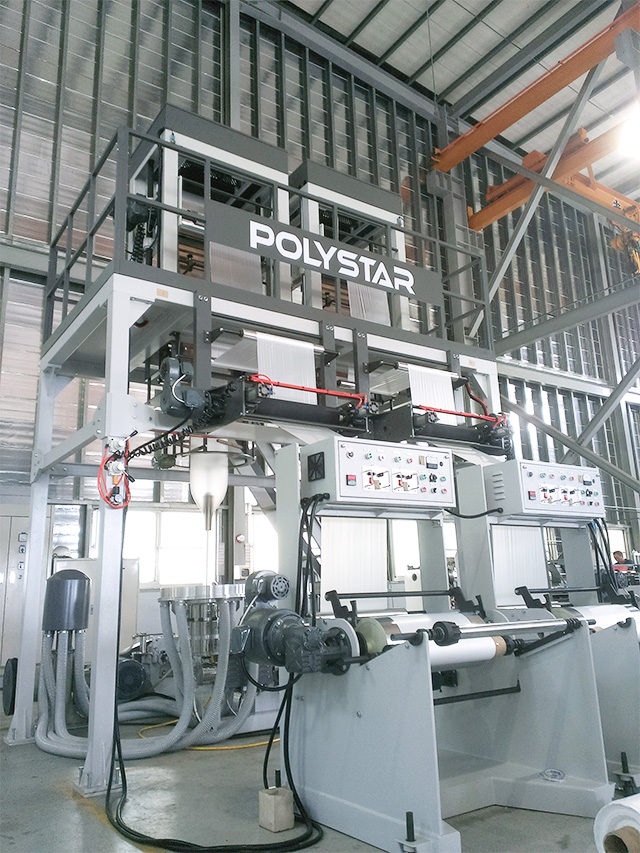