2014-07-20
In July, Polystar installed another ABA 3 layer blown film extruder in Russia. The film producer located in St. Petersburg has been in the film production sector for over 20 years and has focused mainly on the production of T-shirt and garbage bags.

Immediately after the exhibition Rosupack in Moscow, the demo machine was delivered and installed St. Petersburg and the company has already started the film production with the machine. The customer has decided to purchase the second Polystar blown film extruder after the installation of the first one.

A/B/A blown film extruders are popular nowadays mainly because a high percentage of CaCO3 compound can be used in the B (middle) layer of the film. This significantly reduces production cost thanks to the large usage of calcium carbonate. Polystar has introduced the ABA know-how in various markets, particularly in countries where mono layer film production has become competitive.

Since 2011, Polystar has put a lot of emphasis on the re-designing and manufacturing of ABA blown film extruders. Approximately 120 blown film extruders have been installed across the globe. The A-B-A blown film extruders consists of two extruders to produce 3 layer film, normally of two different sizes. The most common ones today are the combination of a 45mm extruder together with a 55mm for 1000mm film width, or 55/65mm for up to 1400mm film width, particularly for the production of T-shirt bag and garbage bags. The B (middle) layer, which makes up about 75% of the film composition, usually consists of 60~70% CaCO3. Recycled pellets (from in-house waste) can also be added to the blend. The re-designed screw helps to achieve maximum efficiency during the film production process. A better extrusion mixing is able to produce outstanding film quality, even when working with 70% CaCO3 and recycled material in the receipt.

In 2015, Polystar will again present its re-engineered ABA blown film extruder in Russia (Rosupack) as well as Plast Eurasia in Turkey. 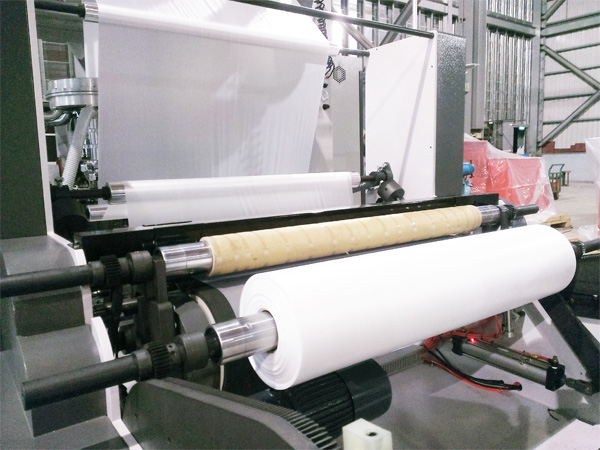 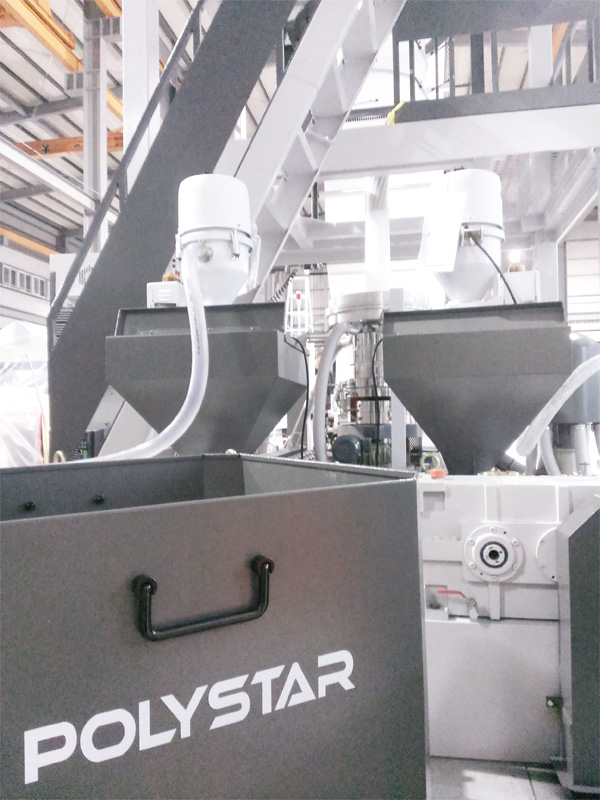 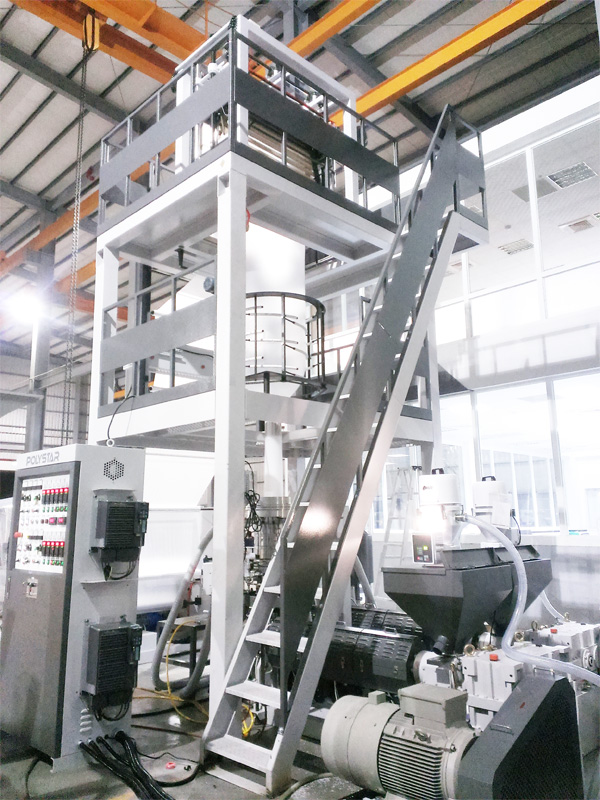 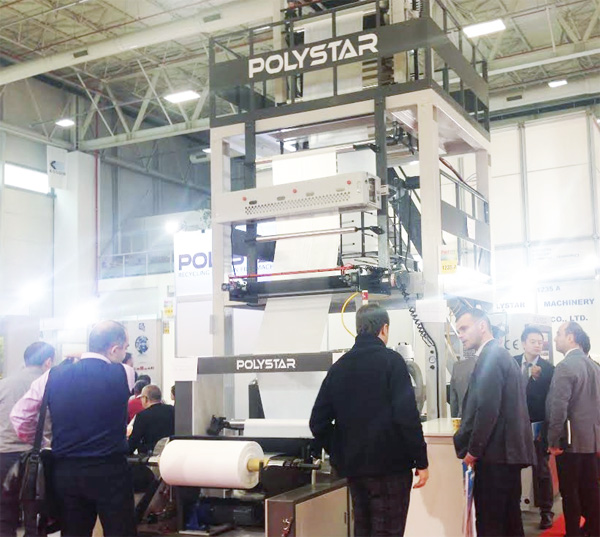 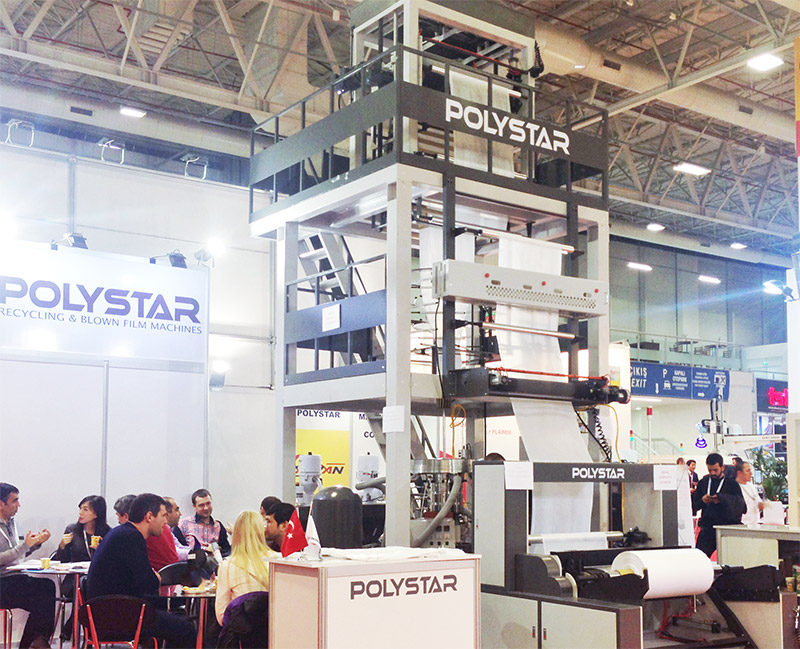