Machine for producing plastic film in Malaysia
Back

2014-07-11
In February Polystar commissioned another machine for making plastic film in Malaysia.

Polystar was first contacted this Malaysian customer in November 2013. The customer's main business is producing steel boards. He purchased a blown film machine from China to produce LDPE 1300mm film for packaging the steel boards produced in his factory. The brand new Chinese machine was purchased in March 2013 but the customer was suffering from this machine a lot so he decided to look for a machine from Taiwan.

The original film making machine has some problems at the electrical components and the die head. As per customer's conversation, they suffered a lot from the electrical components which were supplied with this machine. Customers needs to replace the parts in the control panel very often. The electrical parts even caused some fire in the factory. The second problem is that the machine can not produce the film with even thickness. They can tell the thickness difference by eyes. Due to above problems, customer decided to replace this machine to a Taiwanese machines.

Polystar offers customer the machine for making plastic films which is equipped with France made control system. The motor is from ABB(made in USA), inverter is Delta (Taiwan). Polystar also controls the quality of the die head. The machine made by Polystar is able to make film thickness tolerance at +/- 7%. 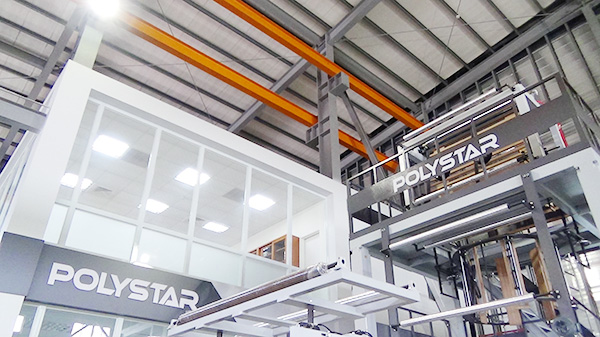 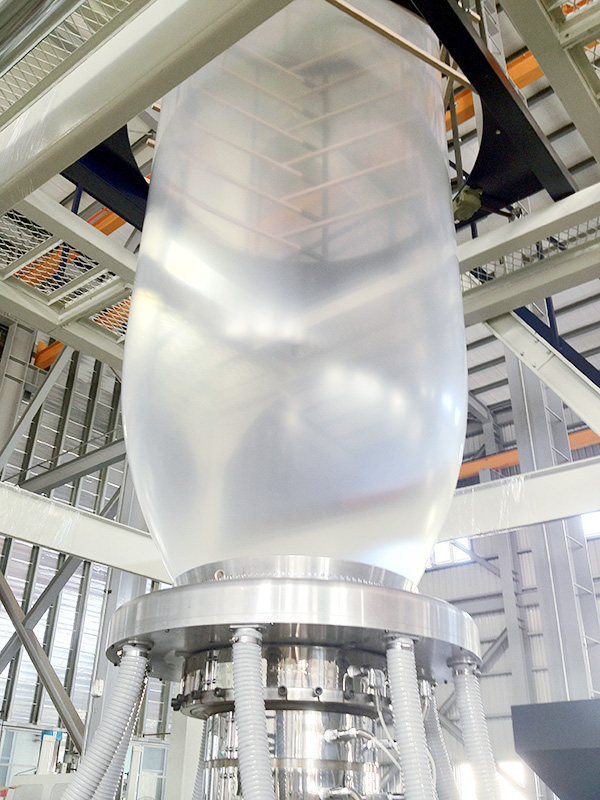