A/B/A machines are popular nowadays mainly because a high percentage of CaCO3 compound can be used in the B (middle) layer of the film. This significantly reduces production cost thanks to the large use of calcium carbonate and recycled material. Polystar has introduced the ABA technology in various markets, particularly in countries where mono layer film production has become more competitive.

Since 2011, Polystar has brought focus to the manufacturing of ABA film lines. Approximately 120 machines have been installed worldwide. The A-B-A blown film machine consists of two extruders, normally of two different sizes. The most common ones today are the combination of a 45mm extruder together with a 55mm or 55/65mm for T-shirt bag and garbage bag production. The B layer generally consists of 60~70% CaCO3. Recycled pellets (from in-house waste) can also be added to the mixture. The re-designed screw helps to achieve maximum efficiency during the film production process. A superior extrusion mixing is able to produce superb film quality, even when working with 70% CaCO3 and recycled material in the receipt.

In Taipei Plas 2014, Polystar will present its newest ABA blown film line to the visitors. 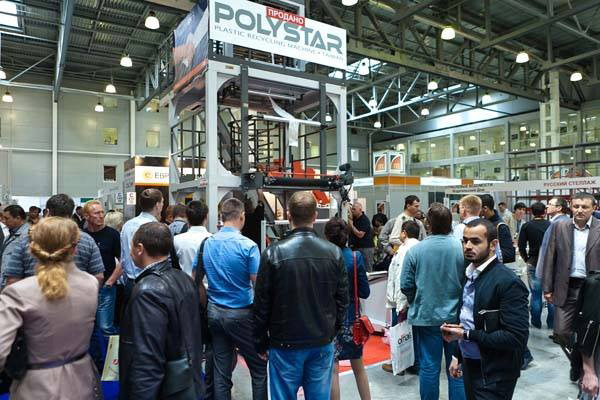 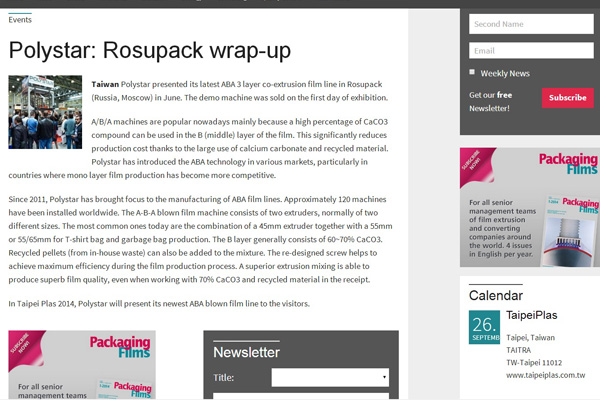 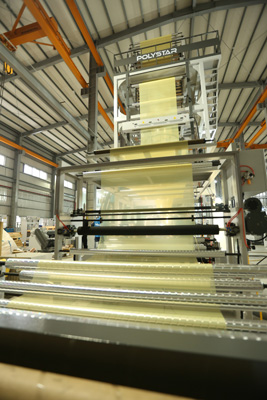