2014-04-15
BOLIVIA In general, plastic film waste and scrap recycling can be a problematic operation, since the low bulk density of the material can make high output difficult to achieve. As it is hard to achieve high throughput with the light-weighted film flakes without going through densification and compacting process first. Polystar’s film recycling machine with an integration of a cutter compactor helps to solve this problem by giving the material a quick densifying and agglomeration process before feeding it directly into the tangentially connected extruder. This process helps to achieve very stable and fast output. The machine can process scrap material on a conveyor and film-on-roll on nip roll film feeder simultaneously.

One of the country’s big plastic producers in Bolivia has decided to purchase two 500kg/hr Polystar cutter integrated film reprocessing machines. The HNT-V model is designed specifically for post-industrial film recycling and reprocessing. The one-step recycling line with a cutter integration eliminates the need for pre-cutting and pre-conditioning of polyethylene and polypropylene film waste. One of the machines will be used mainly for processing HDPE, LDPE/LLDPE and PP rejected film scrap, film rolls and edge trim waste generated from in-house production. The other machine will be converting cut-offs and punches from thermoformed cups and trays of PP and PS.

The new Polystar recycling lines will be replacing two existing Italian recycling machines with conventional force feeding/hopper method in order to achieve higher production and efficiency in the process. Polystar’s integrated system does not require a separate crusher and can therefore, eliminate the problem of inconsistent and insufficient feeding that one normally encounters with the traditional type of recycling line. 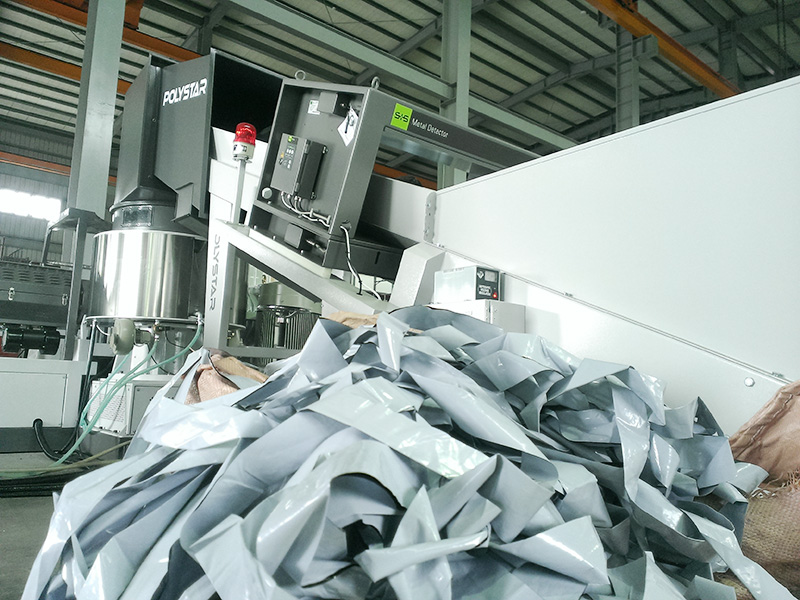