2014-05-14
One of the leading plastic producers in Bolivia has decided to purchase two 500kg/hr Polystar cutter integrated film reprocessing machines.

The Bolivia based film producer made a fast decision immediately after seeing the lines operating in Chile who already has two Polystar lines.

The new Polystar plastic recycling machines will be replacing two existing Italian recycling machines with conventional force feeding/hopper method in order to achieve higher production and efficiency in the process. Polystar's integrated system does not require a separate crusher and can therefore, eliminate the problem of inconsistent and insufficient feeding that one normally encounters with the traditional type of recycling line.

In general, plastic film waste and scrap recycling can be a problematic operation, since the low bulk density of the material can make high output difficult to achieve. As it is hard to achieve high throughput with the light-weighted film flakes without going through densification and compacting process first.

Polystar's plastic film recycling machine with an integration of a cutter compactor helps to solve this problem by giving the material a quick agglomeration process before feeding it directly into the tangentially connected extruder. This process helps to achieve very stable and fast output comparing to other methods in the market today. The plastic recycling machine can process scrap material on a conveyor and film-on-roll on nip roll film feeder simultaneously.

Polystar's HNT-V plastic recycling machine is designed specifically for post-industrial film recycling and reprocessing. The one-step, high-efficiency recycling line with a cutter integration eliminates the need for pre-cutting and pre-conditioning of polyethylene and polypropylene film waste.

The most commonly processed industrial waste from blown film and cast film productions are: Printed and unprinted PE (HDPE/LDPE), PP, heavily printed films, edge trims, defected film roll scrap, multi-layer films (PE/PA), stretch and shrink films are ideal for this plastic recycling machine. In Latin America, Polystar not only works with some of the biggest film producers, but also cooperates closely with many medium and smaller producers. As Polystar provides customers a wide range of machine capacity to choose from (50kg per hour all the way up to 1,000kg per hour), most factories can easily find a plastic recycling machine that is suitable both economic-wise and productivity-wise. In 2014, Polystar has already commissioned multiple lines in Argentina, Bolivia, Colombia, Chile, Ecuador, Guatemala, Mexico and Venezuela. 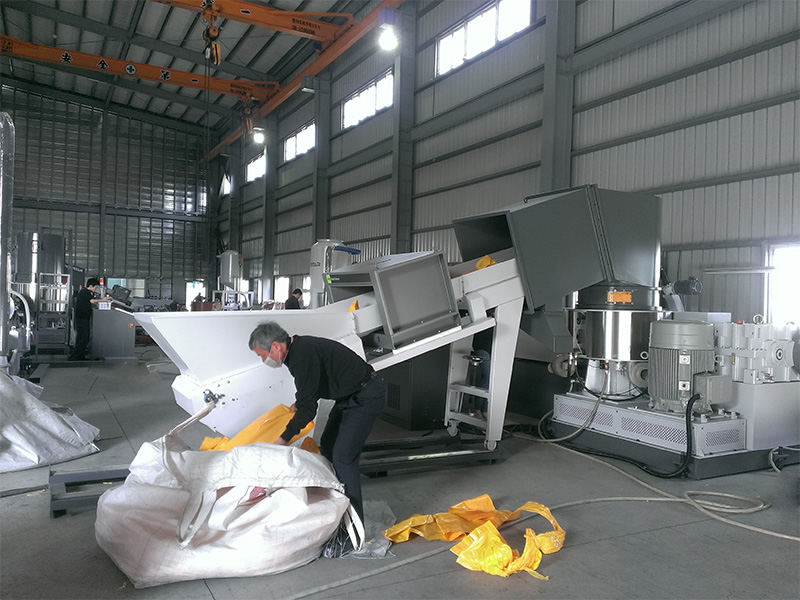 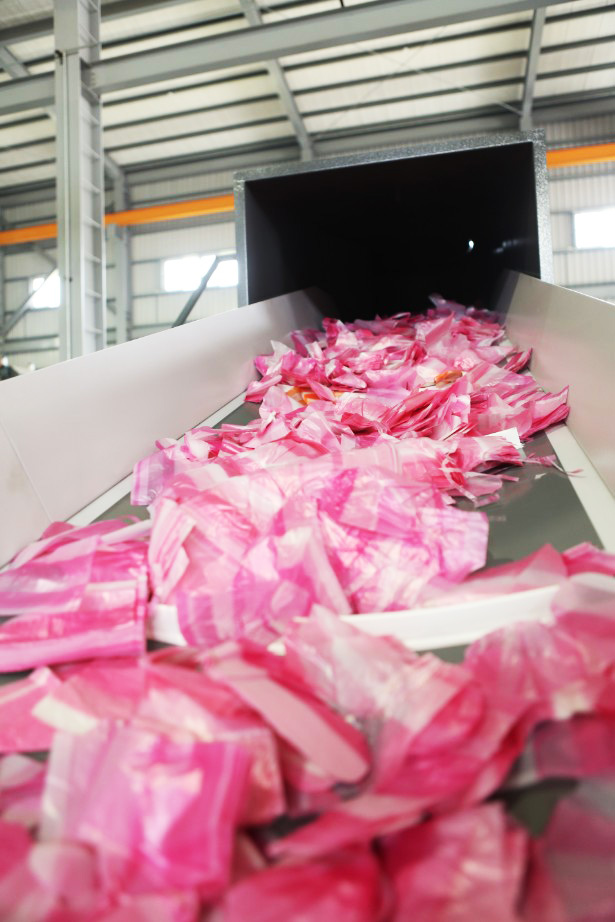